Our newest game Rumble Hockey launches globally on 19th of May and want all content creators to be a part of it! We are going to try something different with a new Creators Program that gives participant content creators, video makers, live streamers and influencers 100% share of the net revenue!

Rumble Hockey is a real-time multiplayer game with crazy gameplay physics and epic characters. It’s also a sibling to our previous game, Rumble Stars. Encouraged by the awesome launch and reception of Rumble Stars Soccer and coming from a big hockey-loving country, the development team wanted to create a Hockey version as well. Fun fact, the development of Rumble Stars soccer first began as a hockey game, but evolved into Soccer when the gameplay prototypes with soccer mechanics felt great. There didn’t seem to be that many hockey games on mobile and so the development of Rumble Hockey eventually began.

Rumble Stars and Rumble Hockey are both developed by the same team. Those who like Soccer, will find Hockey familiar, but with gameplay differences that give both games their own flavor and twist. Hockey has faster gameplay and different goalie mechanics that require even more focus on building clever combos to outsmart the opponent. Players of Rumble Hockey may well find the game to become their new favorite!

For Rumble Stars fans, fear not. The development of both Soccer and Hockey will support and influence each other while giving a broader life to the epic Rumble characters we all enjoy, but now with skates on! Watch the trailer here. When the game launches, we are starting a new Creators Program that gives participated content creators 100% share of the net revenue that is generated during the first 30 days from all new players who install Rumble Hockey via their personal link. Not the usual 5% or 10%, but 100% of what we receive!

At Frogmind, we truly believe in all of our content creators who are supporting our games and being community leaders. During the release of our previous games, we saw the creators’ positive impact on downloads, engagement, and revenue. We appreciate and value that and want to try this new program to empower and reward players, content creators and influencers even more. We understand that this is a novel approach, but we believe that it’s worth testing and program will benefit everyone involved: creators, players, community. They are the ones who play the game, make videos, live stream, post, and discuss it and together contribute to the growing gaming community!

PRE-REGISTER Rumble Hockey for Android, and sharpen your skates for the GLOBAL LAUNCH! 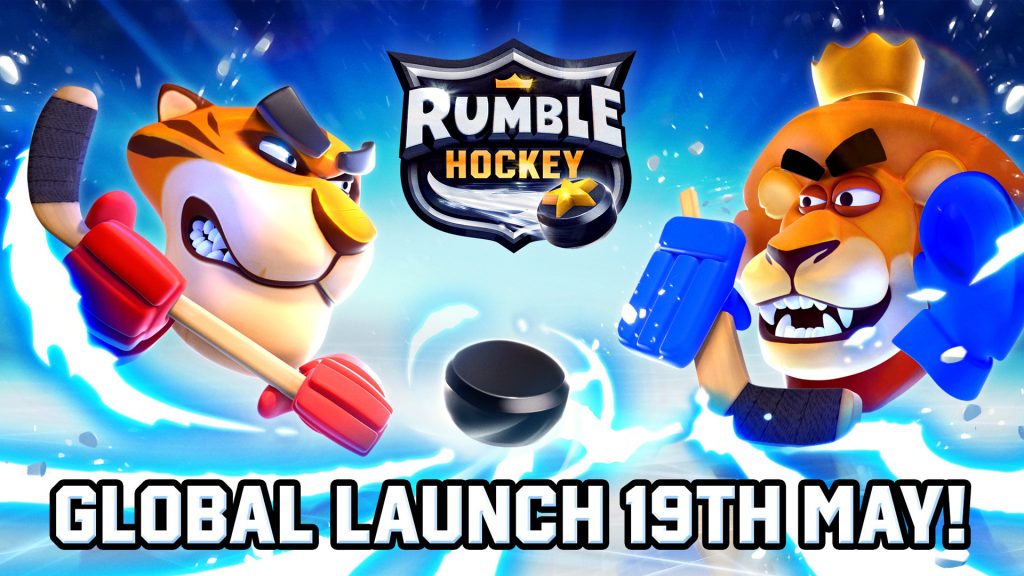